Firstly, I’d like to say a big thank you to everyone who bought an Orphan: it’s been an enormous help during a difficult time! Your support, as always, is sincerely appreciated. Now I have a proper bit of breathing room to continue work on the next project, which I promise will be a doozy.

The first 48 copies (plus a couple later ones that needed to go in the UK bundle) have all shipped. For those of you in the States or who paid for direct overseas postage: if you haven’t received it yet, it should arrive soon. For those of you who had copies going in the UK bundle: Colin Potter has received the bundle and mailed out all of the individual packages today, so you also should be receiving your copy soon. Huge thanks to Colin for helping out in such a significant way!

There are still 25 copies available. If anyone else is interested in purchasing one, please read the previous news posting to get a full explanation about the release, how to get it, and to see some images of what you’ll be getting.

I’ve been working hard to finish the last 35 copies, but there have been a lot of interruptions. I’m still hoping to get all of the remaining copies assembled by the end of next week and mailed out soon after that. There are 9 pending overseas orders towards another UK bundle (again, take a look at the previous news post if you need the details), so I just need another 6 UK or EU orders to make that work. Colin has graciously agreed to play intermediary a second time. 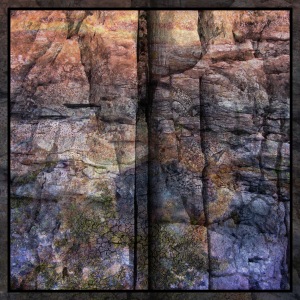 Secondly, I’d like to thank everyone who has been supporting the Monthly Digital Single series (and any of the other Bandcamp releases): this also has been a considerable help, particularly since ‘4 Orphans’ took about 3 months longer for me to complete than I had planned. The single for May was posted a week ago, and can be found here.