I’ve been especially busy since the last news post, and lots of things are fizzing and burbling the in eie kitchen this summer, but more will be said of that soon enough. Right now, there are three main things to mention: new Thomas Carnacki items in the shop, new listings on the irr. Bandcamp page, and the long-awaited release (and disappointing outcome) of the Dark Fat vinyl edition. 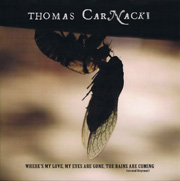 From out of the arid wilderness of the California East Bay has recently arrived a shipment (transported by donkey caravan, as always) of two new offerings from the infamous Thomas Carnacki cabal. The first of these is a vinyl 7″ elaborately titled ‘Where’s My Love, My Eyes Are Gone, The Rains Are Coming (Second Begemot)‘. In order to maximize it’s damage to the human condition, this insidious document has manifested itself in three different ways: as black vinyl (limited to 400 copies), as blue vinyl (limited to 100 copies) and as blue vinyl swathed in a special edition, custom-made cloth sleeve (limited to 50 copies). The cloth sleeves come in a cheerful variety of colours, which include, but are not limited to, those hues which have been known to occur in nature. 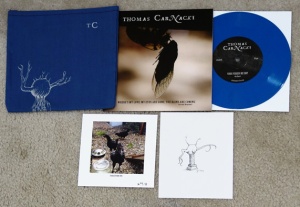 The special numbered edition also contains the additional bonus of an original pen & ink drawing by the High Carnackiphant himself, Gregory “Don’t Call Me Barbara” Scharpen. All three options are available in the shop, but in limited quantities. 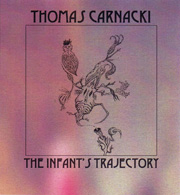 The second TC item is the very limited 3″ CDR ‘The Infant’s Trajectory‘, a few copies of which managed to survive the shenanigans at the 15th Annual Outsound New Music Summit (a shameless bacchanal that, with every passing year, drags more of our innocent youth into the quagmire of self-indulgence and depravity). Each copy (which have been scrupulously cleansed of any residual traces of moral turpitude, in case you were concerned) is numbered and features festive hand-drawn pen & ink artwork on the disc, once again rendered by the aforementioned Scharpen. Full details can be found on the item pages. 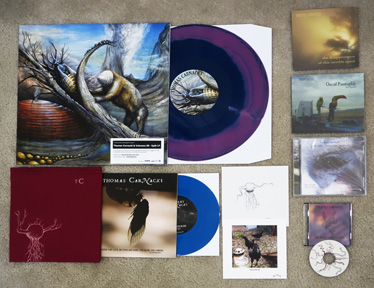 In order to help lubricate the effectiveness of your shopping experience, a variety of combined-postage bundles have been prepared for both new items. Buttons for the 3″ and 7″ (each version) combined together can be found underneath the individual-purchase buttons on each page, as well as larger bundles that include the 3″ and the 7″ plus the other 3 Thomas Carnacki CDs in the shop, and a deluxe bundle that includes all of these items as well as the legendary Thomas Carnacki / Vulcanus 68 split LP. Just scroll down to see all of the options.

“Listening to the music of Thomas Carnacki is probably the most profoundly sexual sensory experience I’ve ever had — and I grew up on a chinchilla farm.” — William Hope Hodgson 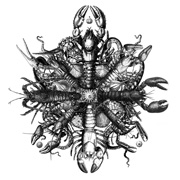 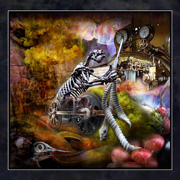 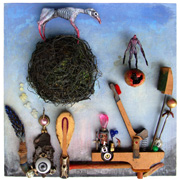 Three new listings have been added to the irr. app. (ext.) Bandcamp page, all three of which were previously only available on cassette: Flux/Crayfish (2011), The 11-Year Backwards Sleepwalk (also 2011), and Yma Dhym Mûr Varthegyon (the irr. side from the 2013 ‘Arpt Verjennepp Tonxtie’ split cassette). ‘Yma Dhym…’ has been extended from the original 23-minute version on the cassette to a robust 33 minutes — and each individual one of those extra ten minutes its worth 10 minutes in itself. The download version of ‘Sleepwalk’ is rumoured to contain a hidden bonus track, but this rumour is so scurrilous and despicable that I refuse to even make mention of it.

On a less exultant note, the triple-LP boxed edition of Dark Fat has finally materialised. My disappointed response is not due to the box itself, which is a thing of beauty for the entire world to enjoy for thousands of years far into the distant future; the trouble stems solely from the unfortunate fact that, due to administrative miscalculation (for lack of a better phrase), I’ve received a piddling 3 copies to sell. This has created a serious hiccup in my accounting, as I expected quite a few more than that to help carry me through the completion of the new irr. album (which is coming along very nicely, by the way). To try to remedy this shortfall, I’ve come up with 2 strategies.

One is to make each of these 3 copies a special edition of my own, including a CDR copy of ‘Dark Drippings’, a 2xCDR copy of the Dark Fat vinyl audio master, and at least one piece of specially-made original artwork sized 12″ x 12″ to fit in the box. Full details will follow as soon as I figure them out. If you haven’t bought your copy of the box yet, you may want to hold off and save your pennies for this extra-ultra-snazzy version. The regular box is going for 45 euro (about $54), so this 3-copy special edition is going to be somewhat more expensive than that.

The second strategy is to create another ‘Dark Drippings’-type collection from some of the raw material that wasn’t used on other projects. Work on this new collection, titled ‘A Darker Shade Of Fat’, is already underway. I’m sure this might come across as milking the same tired cow one time more than is prudent, but the truth is there is a lot of material left to explore, and I’m making use of it in a far more unorthodox way: layering and manipulating the sources even beyond what was done on Dark Fat to create something distinctly different. So, less of an “extras and outtakes” collection, and more of a self-contained work. This new album will only be released digitally to begin with, as I don’t have the resources to make something physical right now; but I hope to make a small physical edition available in the not-too-distant future.

Also: some credits were accidentally left out of the album’s liner notes, so perhaps I can remedy that here. I assembled and mastered the original Dark Fat CD album myself, and the re-editing and remastering of the album for vinyl was also done by me. Dig that: the little man is blowing his own horn. “Toot toot toot,” says the little man.

All the best to all of you for the foreseeable future,